Cooling Tower Seasonal Maintenance Is Not Restricted by Geography

Regardless of where your facility is located, most cooling tower manufacturers recommend an annual cleaning, if not a semi-annual cleaning, to keep systems in top running order.  Among other benefits, it makes the heat exchange surfaces more efficient, helps keep energy costs under control, and can prolong the lifespan of valuable capital equipment.

While it is true facilities in cold weather climates have a more urgent need to winterize cooling towers, operators located in areas with warmer weather also should conduct seasonal maintenance. An annual or semi-annual check and cleaning helps keep systems operating at peak functionality and helps prevent fouling or microbial buildup.

The best time to prepare a cooling tower for the onset of cold weather is when the season changes or is about to change. Upcoming winter weather makes system flushing a priority in places where frigid temperatures can cause pipes to freeze. Common sense dictates draining the pipes to get all the water out.

Secondly, this is the best time to institute protective measures against corrosion, bacteria, MIC buildup, fouling and more. The consequences of ignoring these issues could involve a less efficient system, leading to higher energy costs; increased maintenance in the future; a shorter equipment lifespan or the need to replace equipment; and leaving the most important for last, compromise the health and safety of staff and visitors.

Bacteria such as Legionella, left in standing water and allowed to proliferate over the winter can put people at risk for serious health consequences. Once the system starts up again in the spring, the bacteria become aerosolized as the cooling tower spreads it throughout the facility. In fact, in addition to recommendations from cooling tower manufacturers, the Centers for Disease Control (CDC) also offers step by step procedures to guide cleaning of cooling towers and related equipment. It is easier to deal with Legionella prevention than correction, with a robust biocidal program.

A Short List of Processes for Winterizing the Cooling Tower

Fall presents a prime time to conduct those cleaning operations with members of the maintenance staff or with a mechanical contractor. Basic instructions include:

When it comes to your Heat Exchangers, whether external plate and frame, or internal to the tower system, you should also ensure the following is complete:

While there are many similarities and basic components to cooling towers, different systems can present their own unique set of challenges. In addition, many small companies or buildings are short-staffed. As is the case with other businesses, they are handling corrective maintenance alone, without time for preventive maintenance procedures. When labor shortages prompt “run to fail” operations, the cost of failure can run into hundreds of thousands of dollars.

At one Army National Guard Center the maintenance staff failed to perform cooling tower winterization. The system had been installed for four years. Located in an area that experienced severe winter weather, eventually the pipes burst, destroying all related equipment. Capital costs to replace the cooling tower topped $250,000-$300,000—for a system that should have had a 20-year lifespan, minimum.

What to Do if Scale or Corrosion Are Discovered

If your system has had good water treatment up to this point, a descaler should be unnecessary. When there is fouling or buildup, there are solutions, such as ChemREADY’s 888 Descale, an industrial or commercial grade treatment for scaling. The product is easy to apply by isolating the heat exchanger to create a circulation loop to cleanse the system.

However, poor chemistry control could indicate it is time to revisit your water treatment supplier or schedule. Treatments degrade over time. ChemREADY offers a continuous injection for cooling towers to ensure the right concentration is working throughout the cooling season.

What Size Facility Needs to Winterize its Cooling Tower?

Any type of commercial building, educational facility, government offices or training centers, residential towers and medical campuses should all winterize or schedule this seasonal maintenance for the cooling tower. Some industrial cooling towers operated for processing purposes that run year-round should still perform an annual or semi-annual maintenance check as part of responsible preventive practices.

ChemREADY is much more than a chemical provider. We are ready to partner with you to keep your equipment running as efficiently and for as long as possible. Our goal is to set you up for success in all avenues, including water chemistry and mechanical maintenance to extend equipment lifespan. Our experienced technicians travel to your business, when necessary, to help diagnose issues and perform corrective procedures. 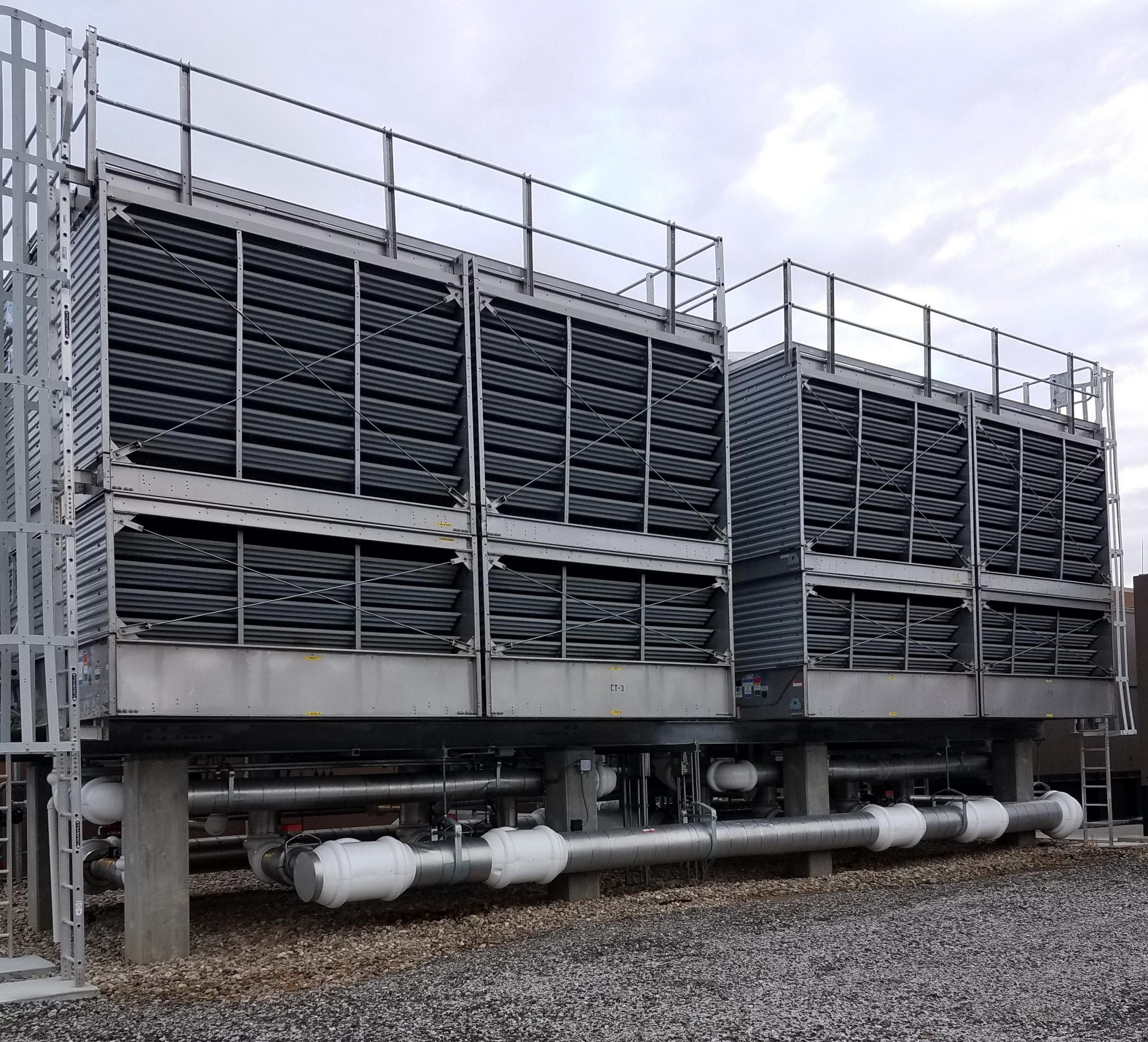 Learn more about our Water Treatment Services and Chemical Products